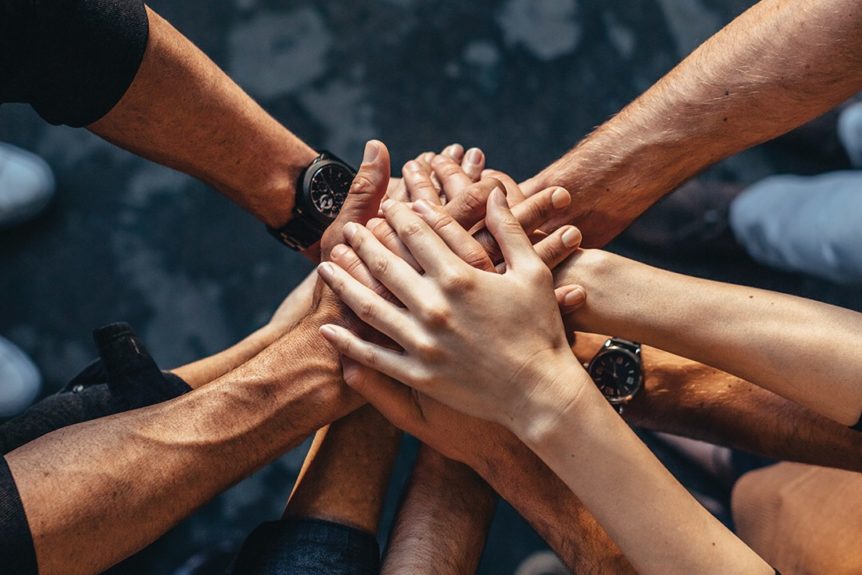 Between 2010 and 2012, Wall Street poured billions of dollars into real estate. In the wake of the housing crash and the Great Recession, institutional firms bought more than 200,000 homes.

People reacted as if the concept of single-family homes as an asset was something revolutionary, but a Texas-based real estate investing firm and franchisor had been engaged in the practice for more than 15 years by that point. HomeVestors of America, with their nationally recognized We Buy Ugly Houses billboards, was far, far ahead of the game.

“You could probably say the HomeVestors franchise network was the first to popularize the single-family residential investment industry,” said CEO David Hicks. “We were buying ugly houses long before they were known as an asset class.”

While most people will recognize the HomeVestors “mascot” UG Lee, the caveman who was featured prominently in much of the company’s advertising to distressed homeowners, few realize the We Buy Ugly Houses company is a national company made up of local, independently owned and operated franchises supported by some of the most powerful (and proprietary) marketing and data machines available to real estate investors.

“Our franchises have the support, technology, training and experience of a nationwide company, but they live, work and invest in their local communities. Institutional investors, Wall Street, simply cannot compete at that level,” said Hicks. “Our franchisees live in the communities in which they invest. They know the real estate community. They have local contractors they know and trust. Best of all, they have an entire team of other local franchises supporting them strategically and logistically throughout their entire rehab or wholesale process.”

Building a National Company One House at a Time

Ken D’Angelo founded HomeVestors in 1996. D’Angelo, a Realtor at the time, was inspired during a listing appointment when the homeowner told him in desperation, “You don’t understand. I need to sell my house today.”

D’Angelo bought the house, fixed it up and sold it. After repeating this same “home seller in distress” service many times, he founded the HomeVestors of America franchise. By 2009, the company had 165 franchises. Today, it has more than six times that number.

“We remain the #1 homebuyer in America to this day,” Hicks said. “We have purchased more than 100,000 homes, which is why we say we have been leading the industry since the day we began.”

One of the company’s foundational principles is its commitment to help sellers out of what HomeVestors describes as “ugly situations.” Typically, this means helping a seller who needs to sell fast, whether due to mortgage delinquency, a divorce or any of the other “usual suspects” that may lead a seller to place a premium value on a high-speed purchase. Sometimes an ugly situation is more broad-based. In those cases, Hicks explained, the company honors its commitment to keep buying and shoring up the foundations of communities in the process.

“HomeVestors is the only national company that has continuously bought since 1996,” he said. “Even the iBuyers ceased buying during the recent COVID-19 crisis, but we have a commitment to help home sellers no matter what.”

The HomeVestors infrastructure is designed to foster growth in difficult situations that might drive individual investors and solo operations under. For example, since the Great Recession, HomeVestors franchises have grown from 165 to more than 1,100 in 170 markets around the country. Hicks credited the intense teamwork of local franchises with each other and the national corporation for this growth.

“Our people are very entrepreneurial and want to own their own businesses, but they are also very community-oriented. They want the support and training we provide, and they want to provide that same support and insight to others when possible. We place a premium on the camaraderie among our franchises because that is what enables us to generate such qualified leads for those investors and helps them make the best use of them,” Hicks said. “A big part of our system is the training that we do, which is all conducted by successful franchisees who are eager to train other HomeVestors franchises on what they are doing and how they have adapted to difficult situations.”

A Premium on Community

The HomeVestors mentorship model involves bringing new franchisees “into the fold” by providing them with a powerful source of qualified leads and personal guidance
on how to utilize those leads effectively.

John Holman, one of the leaders of this part of the franchise program, described his role as a development agent (DA):

“The whole idea behind this mentorship is that new franchisees need support both from the national company, which provides the power behind the leads for deals, and from local franchisees in their own market who have more in-field experience. Our role as DAs is to help a franchise candidate learn what they need to know in order to make a decision about getting into the system and, if they buy a franchise, to serve in a support role for that new franchisee.”

This model enabled HomeVestors franchisees to weather Hurricane Harvey in Houston, Texas, for example, and enabled franchisees around the country to do the same when other weather-related disasters hit their markets.

The same type of sharing and support is occurring among franchisees as the nation struggles with COVID-19 and physical distancing.

“We immediately leapt into action when it became clear virtual showings and even virtual inspections were going to be the new trend,” Holman said. “We had a guy who already does virtual trainings for us put together a process on all the aspects of doing a virtual deal over the phone and how to help people get comfortable with it. We had franchisees constantly letting us know what their challenges were and how they were resolving them. We also leveraged our connections with seven hard money lenders to make sure our investors have the financial wherewithal to buy when the deals are good ones.”

Hicks noted that although individual investors often found their sources of funding suddenly unavailable in mid-March 2020, HomeVestors franchises have access to seven hard money lenders that already have experience with the company, know the basic parameters of the types of “ugly house” deals franchises do and are conveniently centralized in one virtual portal where franchises can load their deals and seek financing. Combined with the ongoing generation and qualification of leads during tough economic cycles as well as strong ones, “we are poised to keep helping homeowners and their communities without any deceleration at all,” Hicks said.

“Over the years, we have learned to keep going no matter what the external environment,” said Charlie Calise, a HomeVestors franchise owner and chairman of Imaginuity, an integrated marketing agency. Calise oversees the company’s national advertising efforts through a specialized brand of the company, AdVestors.

“Sellers are always going to need us when there is an ugly situation with their house. Our experience with personal, national and weather-related crisis was a huge advantage to us during COVID. Experience told us to stay open for business and operational throughout the COVID-19 emergence and national economic shutdown earlier this
year. There was no reason for HomeVestors to shut down and lose our momentum when sellers were going to require our assistance more than ever,” Calise said.

Calise credited the company’s success to the ability to adapt quickly through shared experiences and community support among franchisees during the crisis. They
had the technology in place to immediately convert from visits in person to virtual buy
calls and remote transactional options quickly and effectively. “Data is a big point of differentiation for us. Our data suggests that the markets where we compete are still experiencing inventory compression in the median home value and below segment. We knew the sales would be there, and we had a responsibility to the home sellers and to our franchises to keep all operations going full bore,” he said.

The HomeVestors community played a significant role in keeping the doors open as well, Hicks said. “Our franchisees want other HomeVestors franchises in their market because we all understand that the stronger our national brand and our network becomes, the more the network supports us all. That is the source of our growth.”

As the country continues to reel from the after-effects of an unprecedented economic shutdown, HomeVestors reminds franchise owners and homeowners that the company remains on firm footing. Even better, HomeVestors is growing, with more and more real estate investors getting started with their own franchises. “March and April were both good months, and we can tell our franchisees are gearing up for an even bigger time in the markets just ahead,” said Hicks. “When volatility in other markets causes a fear factor for other types of investors, our franchisees know they have the support of a national company, a well-recognized and trusted national brand, the insight of a local community, and access to the most historically sound asset in human history—real estate. That is a place we are very proud to be.”

Rickey Williams Sr., founder of HomeVestors WFI Properties, bought his franchise in January 2006. “My background was in investment banking, and I wanted a business I could run with my oldest son, Rickey Williams Jr., who had just graduated from
college. I thought he could find the properties and I could help finance them. It was just going to be a small gig,” Williams Sr. said.

That was nearly 15 years ago, and now the whole family works in the WFI offices full time.

“We have bought more than 1,400 houses since we got started, and my oldest son is now co-CEO of the company,” Williams said. “My middle son handles construction and rentals, and my youngest is our main buyer. Each one came on board as soon as they graduated from college.”

Williams said that for his family, the intense support associated with owning a HomeVestors Franchise, combined with the flexibility afforded individual franchisees, enabled his family to create a true family operation that is far more than they initially dreamed it could be.

“When we first started, we did not know a lot about real estate, so we wholesaled a lot of homes and rehabbed some to sell at retail. For us, though, the real wealth in real estate is in rentals. So as we grew, we focused on developing a strategy that enabled us to do what HomeVestors needed us to do (buy ugly houses) and also develop a rental portfolio.”

The growth did not stop when the youngest son joined the team nearly eight years ago. In fact, WFI Properties now has a staff of nearly 20 and is “a full family operation,” Williams said. They have grown exponentially, but Williams said he never forgets his main goal: to buy houses from people who need those houses sold.

“One of the first houses we bought was a very emotional sale. It was pouring down rain, and the homeowners called and asked us to come out to see their property right away. HomeVestors had taught us that you treat every call like your last call, meaning it is important both because it is a good lead and because the homeowner is in an emotional state,” Williams recalled.

The homeowners were two sisters whose mother had recently died after spending about eight years in a nursing home, and the house had deteriorated during that time.

“They just wanted to get that house sold, and we went out in the rain and we put that deal together,” Williams said. “Very quickly, we had it fixed up and back on the market. That home sold within two days of our closing. The homeowners were happy to be done with the process, and we were happy to have done a great deal. I loved it. I never looked back.”